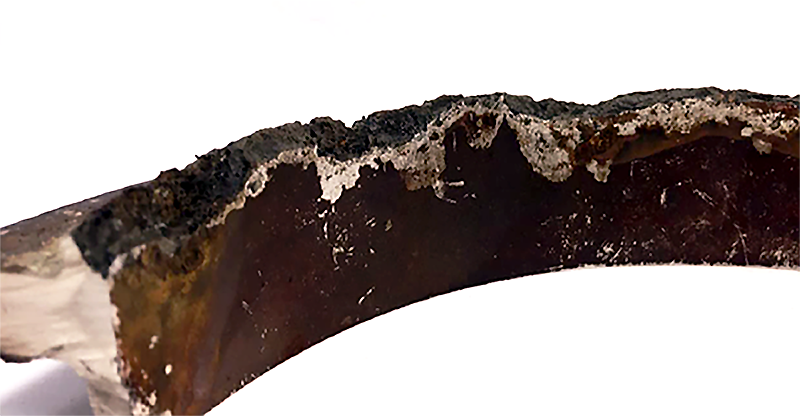 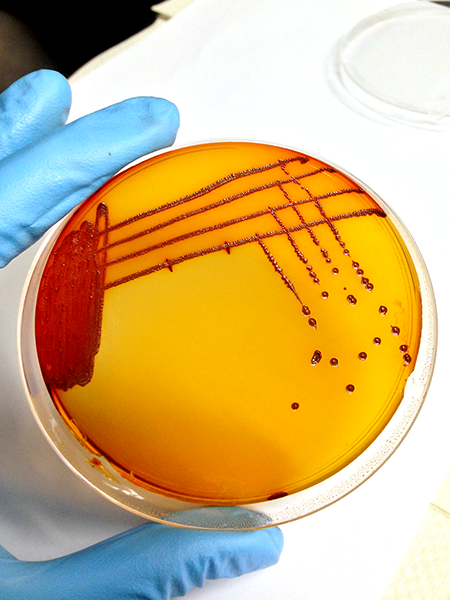 A laboratory investigation was then undertaken to shed more light on the causes and contributions to the seal rings corroding. The effect of oxygen, crevices, galvanic and microbes was assessed individually and in combination at conditions simulating wet lay-up in seawater. Corrosion was studied using electrochemical measurements, including open circuit potential (OCP) and galvanic current density, and 3D surface profilometry.

The investigation concluded that the corrosion attack was triggered by the introduction of oxygen, which was further accelerated by the combined action of microbes, galvanic, and crevice effects. The results confirmed iron-oxidising bacteria played a critical role in the accelerated corrosion observed on the seal rings, as illustrated in Figure 3. Figure 3 shows the relative and mutual influence of bacteria and galvanic coupling on crevice corrosion during simulated wet lay-up (aerated conditions). In the laboratory experiments, a maximum localised penetration rate of 10.6 mm/y was recorded for creviced SS17–4PH only when coupled with DSS and in the presence of bacteria (biotic condition). 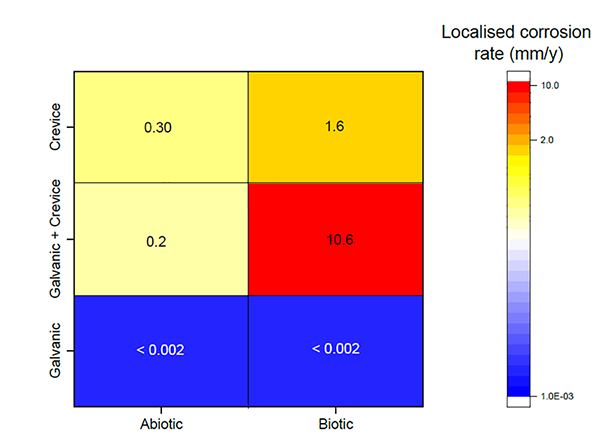 The work demonstrated to the client the conditions that caused the failure of the seal rings. It also highlighted the importance of maintaining the integrity of chemical treatment (particularly oxygen scavenger and biocide) during wet lay-up and the importance of material selection for piping clamp connectors.

The client was able to share the learnings across the company and emphasised the importance of implementing the correct flushing and preservation procedures applicable to pressure equipment and piping systems.